What is New Consensus?

New Consensus is a small, agile think tank that works on detailed plans that governments can follow to achieve economic renewable and transformation. Our guiding principle is that it is possible to create a world where the people of every nation and community have the means to make a safe, prosperous, and sustainable living for themselves. Humanity has everything it needs to build that world in a single generation: billions of creative and hard working people, technology that would allow us to make a comfortable living sustainably if deployed, and unlimited clean energy just waiting to be harnessed.

The obstacles to getting to that world are political, not technical. The reigning economic consensus, the "Washington Consensus," teaches the political classes in almost every nation to accept painfully slow and mixed advances in living standards, or gradual decline if that's all global markets have to offer. Attempting anything different would be a catastrophe.

The world is beginning to part ways with the Washington Consensus. A new consensus is rising that isn't afraid to think as big as the problems the world faces. It is driven by a new generation of thinkers and leaders who recognize that governments and other public institutions have played a critical role every time a national economy has renewed and reinvented itself—not only by setting rules, but also by setting goals; not only by building infrastructure, but also by investing in new industries; not only by protecting rights, but also by materially correcting historic injustices.

New consensus thinkers are exploring how government and other public institutions can lead the transition to a green economy, close wealth and income gaps, spearhead innovation and research, kickstart new high wage industries, and more. Our work at New Consensus is to support these developments with detailed plans for leaders to enable them to succeed in a near-future transformational political moment, as well as educational work to help the moment to come.

Check out the our reading listto learn about some of the voices of the new consensus. Read more about our core Playbook project here. 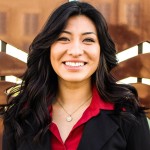 Amy Ramirez is Program Manager at New Consensus. She has directed several political campaigns in Missouri and organizes with the Sunrise Movement. 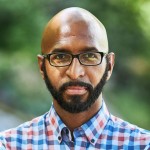 Demond Drummer is co-founder and the first executive director of New Consensus. He is an organizer and civic innovator whose grassroots work in Chicago has been recognized by the Obama White House, Code for America and the Aspen Institute. Demond is currently a fellow at New Consensus and the Managing Director for Equitable Economy at Policy Link. 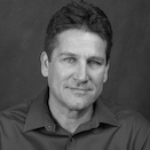 Justin Mikulka is a solutions reporter and research fellow at New Consensus working on investigating the best solutions and policies to facilitate the energy transition. Justin most recently was an investigative journalist covering the finances of the energy transition and previously worked in various business and marketing roles. He has a degree in Civil and Environmental Engineering from Cornell University. 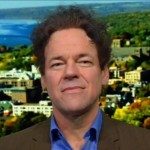 Robert Hockett is a fellow at New Consensus and the Edward Cornell Professor of Law & Finance at Cornell University and former Counsel at the Federal Reserve Bank of New York and the International Monetary Fund. A fellow of New Consensus, he is a frequent consultant on matters of public finance and financial reform for federal, state, and municipal legislators – most recently, on 'Building Back Better' and the Green New Deal. 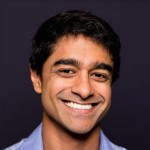 Saikat Chakrabarti is the President of New Consensus. Previously, he was a founding engineer at Stripe, co-founded Brand New Congress and Justice Democrats, and was the campaign manager and then Chief of Staff to Rep. Alexandria Ocasio-Cortez where he led the effort to draft the Green New Deal. 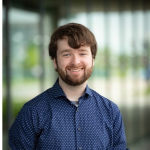 Sean Atkins is a policy analyst at New Consensus working on the Playbook project. A recent graduate of Missouri State University, Sean was a national debate semi-finalist, co-founder of MSU's Sunrise Hub, and a field organizer for both the 2020 Biden-Harris campaign and the Minnesota Democratic party. 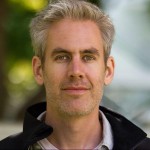 Zack Exley is a co-founder and the executive director of New Consensus. Zack has been a pioneer in the worlds of political campaigning, organizing, and fundraising for more than 20 years.

We can't afford to keep the status quo.